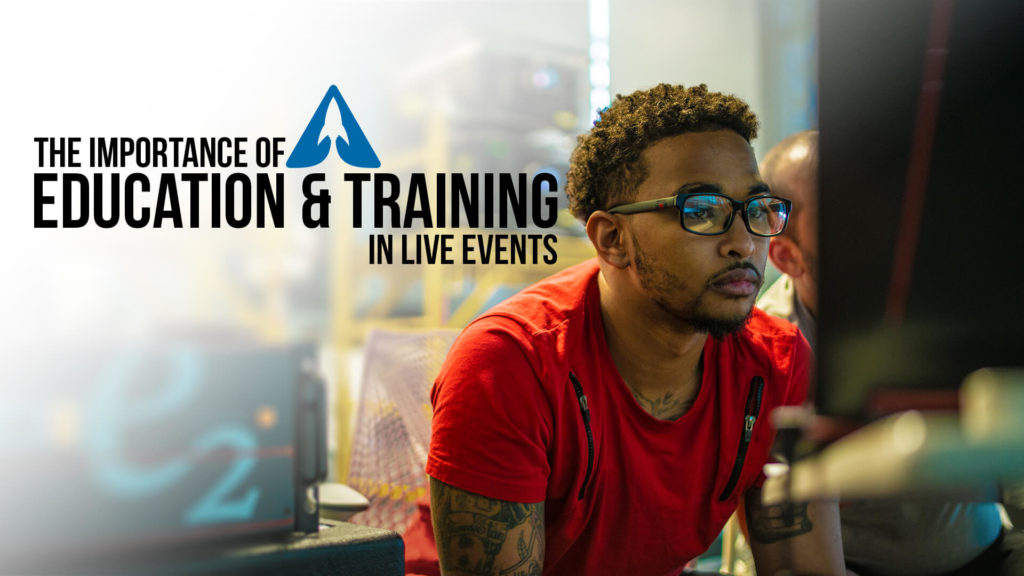 Some people think that education in this industry is silly because they didn’t have it. That can slow down a career tremendously because it takes years to learn this stuff with on the job training. Some people learn it very quickly but perhaps are not very good at it and don’t excel. Guys who are the A-listers are going in and know what they are doing, and the other guys there is no opportunity for them to learn because the A-listers are getting the jobs and don’t need any help.

What are some of the risks of learning on the job?

The biggest are liars.  You ask someone, Hey I need an operator for x piece of equipment “do you know how?” “Oh sure I’ve done this a ton of times,” and then they get booked, and they run off and ask people to help them learn that equipment because they’ve scheduled a gig for it but don’t know how to use it. That happens all the time, and it risks crashing the show.

What are some of the benefits of manufacturer certifications for techs and those hiring techs?

Well manufacture certs for the tech mean they have accumulated a wealth of knowledge in a formatted sense that the manufacturer knows is going to have that person understand and be able to operate that piece of equipment rather seamlessly. For the person that is hiring them, a cert means you have someone coming in that has been appropriately trained and isn’t lying. Even with the manufacturer certifications if you don’t have the hands-on experience with the gear, it’s use it or lose it with a lot of stuff. So you need to get people who are certified, but the end clients should be asking okay are you certified, and through a training center that offers hands-on experience. Are you certified and have you worked on it lately? Over time devices change, even in a year or so. The E2 for example, in three years it has changed so much. So you can take a certification course, but if you don’t use it in 2 or 3 years you’re not going to know what you’re doing, that’s why Barco put a two year limit on their certifications.

“Even with the manufacturer certifications if you don’t have the hands-on experience with the gear, it’s use it or lose it with a lot of stuff.”

Do you think that there is more of a need for education in this industry now than in the days before?

Oh absolutely. When I first started almost everything was based on broadcast equipment, so you had people coming in with broadcast experience, that was my background.

I stepped right into it, and I had a broadcast engineering background, so I knew about timing and things like that and how to set up equipment properly like cameras and stuff. But people coming into the industry now are not necessarily coming from broadcast because a lot of the gear that we use not is not broadcast based equipment. Some of the gear is, but a lot of it isn’t. The playback machines, the cameras, the switchers, the only thing that wasn’t used wholesale in the broadcast industry were the projectors. But now the E2 the spider, the ascender, they aren’t used anywhere in broadcast, and yet they’re used every day in the live events industry. The broadcast industry used to be the training ground, so people would go to school they would learn a little about broadcast, which now they’re doing in high school, they have a television studio in every high school in the country just about. So they’re learning TV production, but in the live events industry, TV production is becoming less and less critical. What is becoming more critical is signal flow, troubleshooting, digital information, digital media, how to multi-task, in the old broadcast days you did one thing now in live events a technician needs to be able to do multiple things.

Do you think that the advancements in tech in this industry also contribute to the fact that training is needed more?

The projectors have gotten simpler but harder.  The menu structures are easier to understand, but they are capable of so much more, the screen management systems are things we didn’t have before, you couldn’t control 16, 20 screens from one box back then and if you don’t know how to operate those things and how to coordinate everything that is going on, you will be lost. And then you run into that situation where the end client is asking you to do something, but you’re not able to do it because you don’t have training on that piece of gear and all that it does.

It sounds like a technician doesn’t need to get formal training in this industry if they have someone like an A-lister that is willing to let them apprentice or shadow, but how many opportunities are there like that?

Not many, I mean if you can find someone that will mentor or something like that you should do that. The only alternative to that is to get on a labor company’s list to do sets and strikes, but you could be doing sets and strikes for years before they put you in a real position. Or you might get pigeon-holed into a job that you don’t want to do. A lot of people start that way, they’ll be doing sets and strikes, and they’ll transition to breakouts for a show, and there’s nothing wrong with doing breakouts you can make great money doing just that but a lot of people don’t want to be stuck in that. One problem with that scenario is that once you are a breakout tech you don’t get the opportunity to try anything else or go to the general sessions and learn how to do the big blends, or operate the E2’s, or do the spiders or even switching cameras on production switchers or graphics. You can’t learn any of that.

What is the real-life benefit of formal training for technicians in this industry?

I think that I can say with an amount of certainty that proper education/training will give you a two-year jump on someone that doesn’t do the training.

“Formal training was a great starting point it gave me the confidence and know how to get started, but there is still a lot that you learn on show and there’s no replacement for that.”

Evolve Celebrates the Acquisition of Their 50th E2 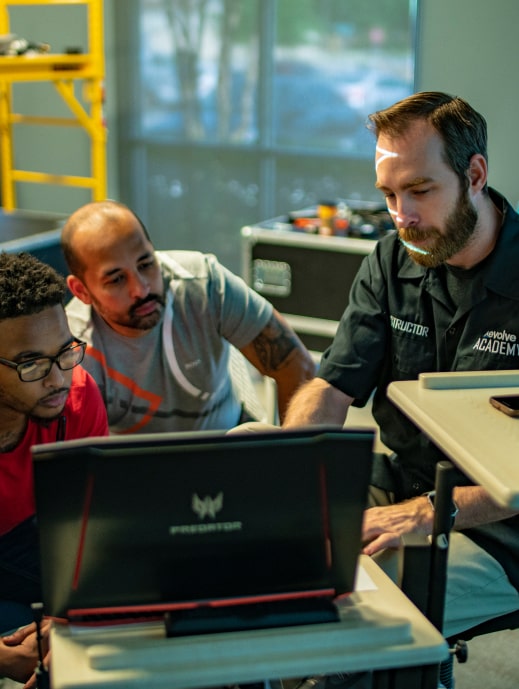 Can’t make it to one of our training facilities? We offer both custom and certified manufacturing training onsite for both large and small groups. Contact us today to get started.